From Heraldry of the World
Your site history : St John's College (Oxford University)
Jump to navigation Jump to search 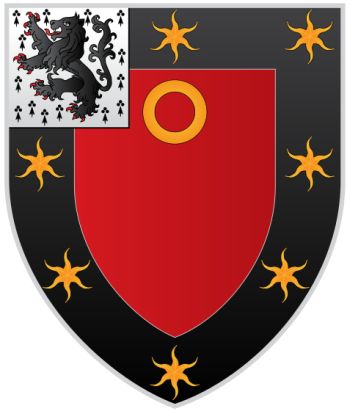 Gules, on a bordure sable eight estoiles Or, on a canton ermine a lion rampant of the second; in chief an annulet gold.

The front quadrangle of St. John's used to be St. Bernard's College which was founded by Archbishop Chichele in 1437. The College came to an end in about 1546 and a few years later, in 1555, Sir Thomas White obtained a Royal Licence to found a college and purchased the buildings of St. Bernard's. The College was called after St. John the Baptist who was patron of the Merchant Taylors' Company of which Sir Thomas had been Master. The arms used by the College arc those of Sir Thomas with an annulet as a mark of difference.