From Heraldry of the World
Your site history : St Peter's College (Oxford University)
Jump to navigation Jump to search 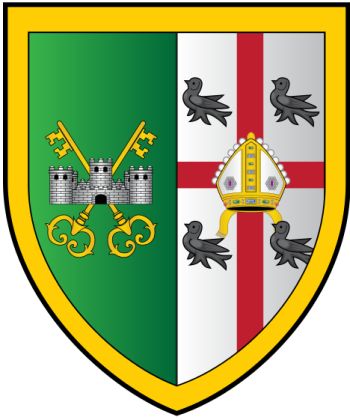 Per pale vert and argent, dexter two keys in saltire Or surmounted by a triple towered castle of the second masond sable, sinister a cross gules surmounted by a mitre of the third between four martlets sable; the whole within a bordure gold.

If this text appears, it means that I have not yet had the time to add the information on these arms. Just Peter's College (Oxford University) mail me and I will add all information that I have !