From Heraldry of the World
Your site history : St Stephen's House (Oxford University)
Jump to navigation Jump to search 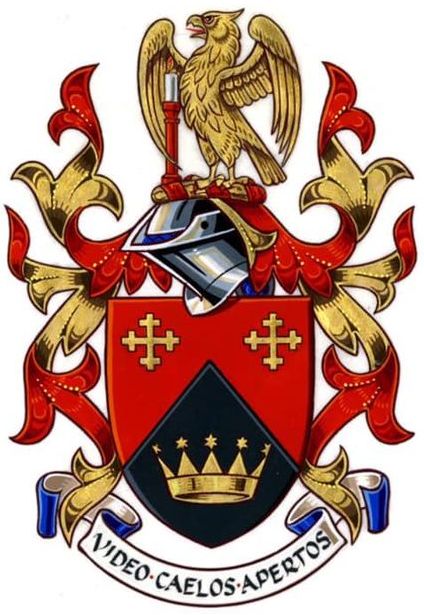 Arms: Per chevron Gules and Sable in chief two Cross Crosslets and in base a Celestial Crown Or.
Crest: Upon a Helm with a Wreath Or and Gules An Eagle rising wings displayed and inverted Or supporting with the dexter wing a Candlestick Gules therein a candle Argent enflamed proper.
Motto: Video caelos apertos

The arms were officially granted on November 2, 2020, but have been in use by the House for some time before (without crest).