From Heraldry of the World
Your site history : St Swithun's School
Jump to navigation Jump to search 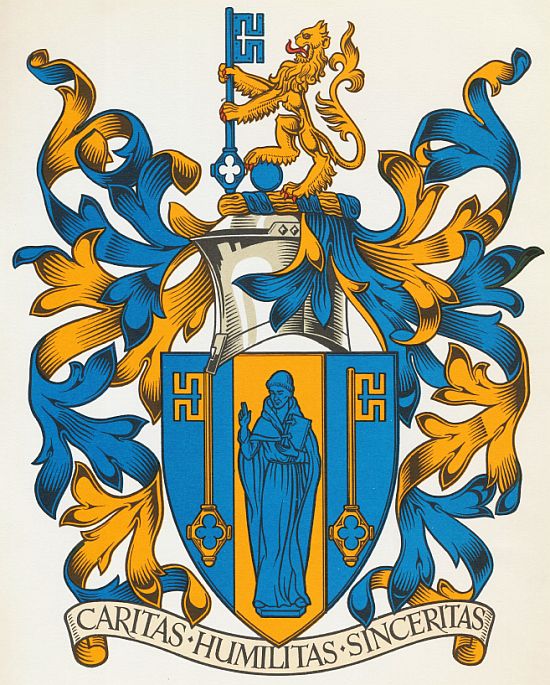 Arms: Azure on a pale between two Keys ward upwards and outwards or a representation of St. Swithun of the first.
Crest: On a Wreath of the Colours a Lion rampant or supporting with the forepaws a Key ward upwards Azure and resting the dexter hind leg on a Hurt.
Motto: Caritas Humilitas Sinceritas

If you have any information on these arms Swithun's School mail us !