From Heraldry of the World
Your site history : Stafford Global
Jump to navigation Jump to search 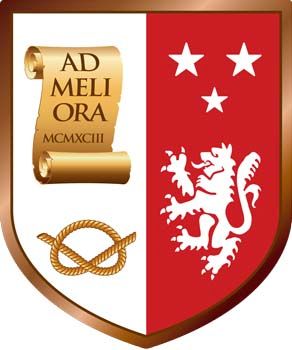 The white and red background represents the flag of the Emirate of Dubai where Stafford was established in 1993. The scroll in the dexter (right) half of the shield symbolises knowledge and a degree certificate on which is written in latin AD MELIORA which means “towards better things” followed by MCMXCIII, the roman number 1993.

Below it, the Stafford knot symbolises the birthplace of the founder, Phil Marsh, who named the company.

On the sinister (left) side, the three stars represent the three partners who have been managing the company for the last ten years. Finally below it is the white lion, the national emblem of England where most of the university partners are based.