From Heraldry of the World
Your site history : Swakopmund
Jump to navigation Jump to search 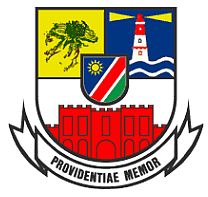 The arms were adopted in 2009 and replace the older arms, which were bascially didentical, but with the German flah instead of the Namibian flag in an inescutcheon.

Swakopmund is Namibias principal coastal resort, founded by the Germans in 1892. The lighthouse symbolises the fact that the town is on the mouth of the Swakop river with its lighthouse. The lower part shows the city itself.

I have no idea which plant is shown in the first quarter. 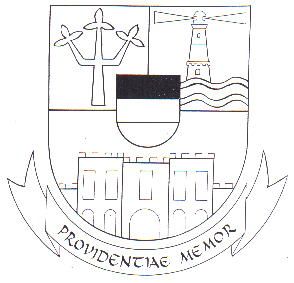