From Heraldry of the World
Your site history : Sydney Grammar School
Jump to navigation Jump to search 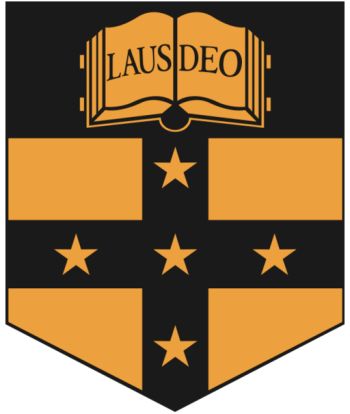 Arms : Or, on a Cross Sable five Mullets of the first, on a Chief of the second an open Book Gold inscribed thereon Laus Deo in Letters also of the second.
Motto: 'Laus Deo'.

The mullets represent the Southern Cross, and refer to the Arms of the State of New South Wales. The Lamp of Learning and Truth is self-explanatory for an establishment of learning and religious teaching.