From Heraldry of the World
Your site history : Templeton College (Oxford University)
Jump to navigation Jump to search 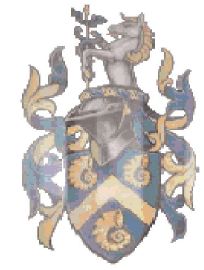 Templeton College began as the Oxford Centre for Management Studies in 1965. It changed its name in 1983 after a major endowment by Sir John Templeton (1912-2008), a Rhodes Scholar in the university before establishing a successful investment business and devoting his fortune to philanthropy. The college arms featured nautilus shells because as a constantly evolving structure featuring linked yet separate chambers it symbolized the college's culture of independent growth at the intersection of different fields and approaches.