From Heraldry of the World
Your site history : Textile Institute
Jump to navigation Jump to search 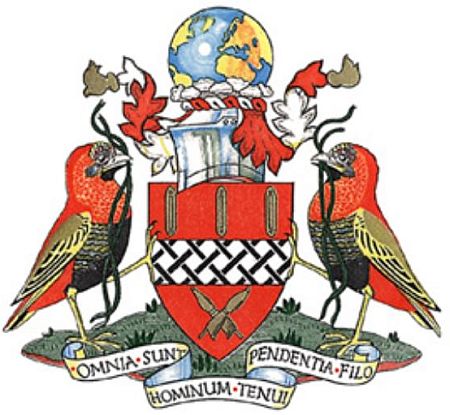 Arms : Gules, a fesse argent fretty sable between in chief three shuttles erect and in base two distaffs in saltire Or.
Crest: On a wreath of the colours, Issuant from clouds, a terrestrial globe proper.
Supporters: On either side a weaver bird holding in the beak two strands of grass proper.
Motto: Omnia sunt hominum pendentia filio

The arms were officially granted on November 2, 1951.

If you have any information on these arms Institute mail us !