Your site history : National Arms of Fiji
Jump to navigation Jump to search

THE NATIONAL ARMS OF FIJI 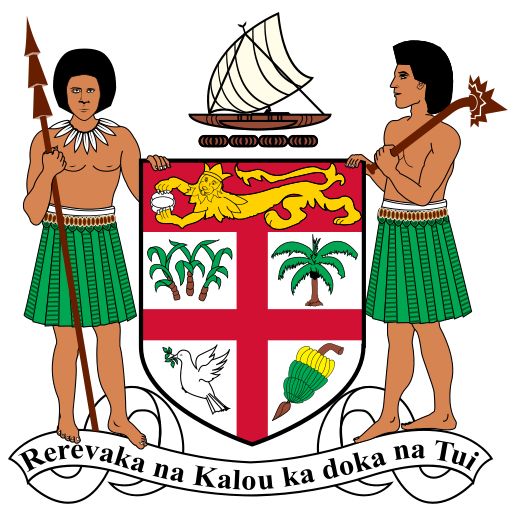 The chief shows the English lion, holding a cocoa pod. The main shield shows the Cross of St. George and in its quarters sugarcanes, a coconut pal, a dove and a bunch of bananas.

The lion and red cross refers to the ties with England. The cocoa pod, suagrcane, banana and palm tree refer to the main crops on the islands.
The dove was the main element of the flag of King Cakobau, the first King of Fiji.

The crest shows a local canoe with outrigger and the two supporters are Fijian warriors dressed in mulberry bark tapa skirts, one of them holding a lance and the other a pineapple mace.