From Heraldry of the World
Your site history : Tonbridge School
Jump to navigation Jump to search 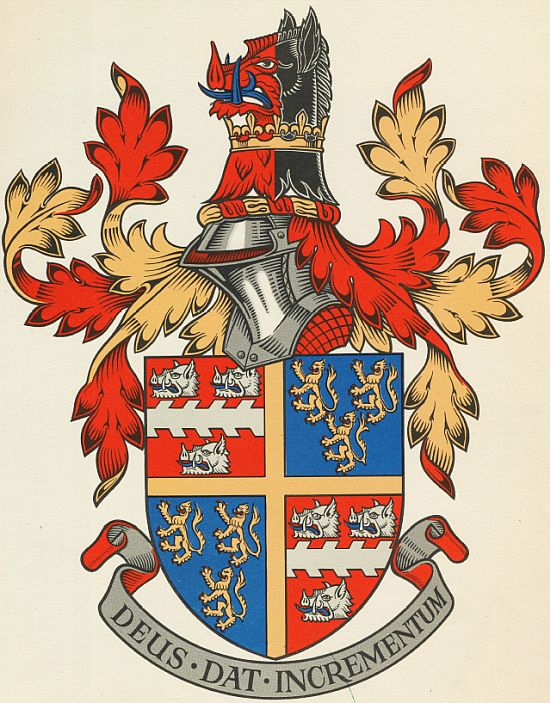 Arms: Quarterly gules and azure, a cross fillet Or between in the first and fourth quarters a fesse raguly between three boars' heads couped argent, armed and langued azure, and in the second and third quarters three lions rampant gold.
Crest: On a wreath of the colours, A boar's head erased per pale gules and sable, armed and langued azure, gorged with a coronet composed of fleurs-de-lis Or.
Motto: Deus dat incrementum.