From Heraldry of the World
Your site history : Trinity College (Dublin)
Jump to navigation Jump to search 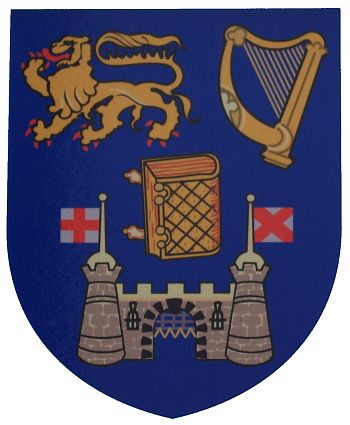 Azure, a Bible closed, clasps to the dexter, between in chief, on a dexter a lion passant, on the sinister a harp, all or, and in base a castle with two towers domed, each surmounted by a banner flotant from the sides, argent, the dexter flag charged with a cross, the sinister with a saltire, gules.

If you have any information on these arms College (Dublin) mail us !