From Heraldry of the World
Your site history : Trinity College (Oxford University)
Jump to navigation Jump to search 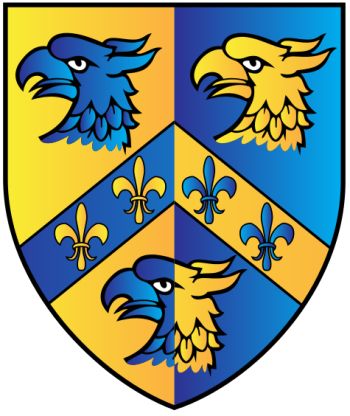 Per pale Or and azure, on a chevron between three griffins' heads erased, four fleurs-de-lys, all counterchanged.

In 1544 Trinity College was founded by Sir Thomas Pope, aided by his wife, and they used the old buildings of the former Durham College. Trinity uses the arms of its founder.