From Heraldry of the World
Your site history : Ulm
Jump to navigation Jump to search 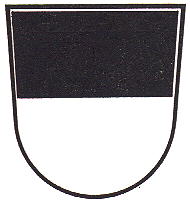 Ulm was a free imperial city and thus used the imperial eagle on its seals. The oldest seal of the city dates from 1244 and shows the eagle with a star and lily around the head, to distinguish the seal from other seals of imperial cities.

The present arms are known since 1351. At first the eagle held a small shield with the arms, later the arms appear as a breast shield. Since the 17th century the eagle becomes less important and the arms regularly appear without the eagle. In 1803 the eagle was finally removed. The arms have not changed since.