From Heraldry of the World
Your site history : University of Bradford
Jump to navigation Jump to search 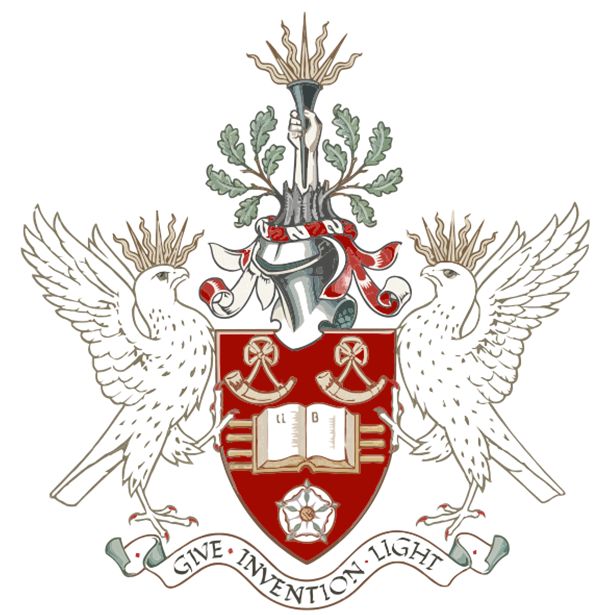 Arms : Gules, an open book proper, edged, bound and having seven clasps, between in chief two bugle horns stringed Or and in base a rose argent barbed and seeded proper.
Crest : On a wreath of the colours, Issuant from the stock of an oak tree sprouting leaves, a cubit arm proper grasping a torch sable, issuant thereform seven rays of the sun Or.
Supporters : On either side a falcon, wings addorsed, argent, issuant from the head seven rays of the sun as in the crest.
Motto : Give invenyion light.

The arms were officially granted on February 20, 1967.

If you have any information on these arms of Bradford mail us !