From Heraldry of the World
Your site history : University of Exeter
Jump to navigation Jump to search 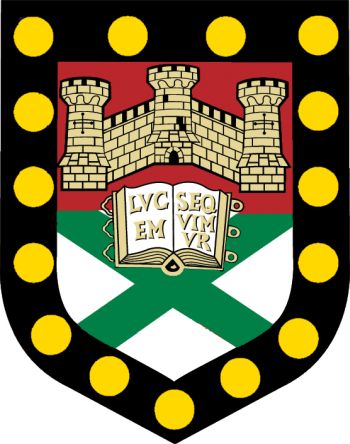 Argent, a saltire vert surmounted in chief of an open book proper inscribed with the words LUCEM SEQUIMUR; on a chief gules a triple-towered fortress gold; all within a bordure sable bezantee.