From Heraldry of the World
Your site history : University of Lancaster
Jump to navigation Jump to search 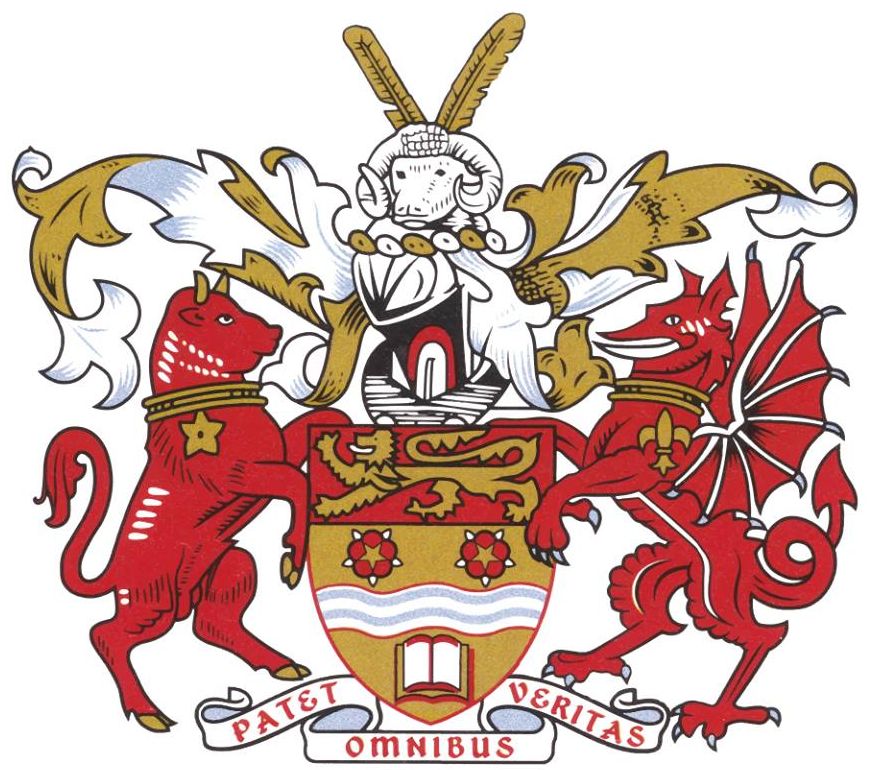 Arms : Or, a fesse wavy argent charged with two barrulets wavy azure between in chief two roses gules barbed and seeded and in base an open book proper bound and clasped; on a chief gules a lion passant Or.
Crest: On a wreath of the colours, In front of two quill pens in saltire, points downward, azure, feathered Or, a Herdwick ram's head caboshed proper.
Supporters: On the dexter side a bull gules, armed, unguled, collared and pendent from the collar a Panassus flower Or; and on the sinister side a dragon gules, collared and pendent from the collar a fleur-de-lys Or.
Motto: Patet omnibus veritas

If you have any information on these arms of Lancaster mail us !