From Heraldry of the World
Your site history : University of Melbourne
Jump to navigation Jump to search 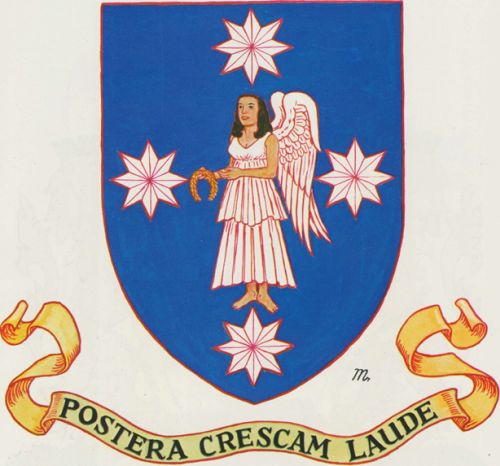 Arms : Azure, a figure intended to represent Victory robed and attired proper, the dexter hand extended holding a Wreath of Laurel Or, between four Stars of eight points two in pale and two in fess Argent.
Motto: 'Postera Crescam Laude'.

If you have any information on these arms of Melbourne mail us !