From Heraldry of the World
Your site history : University of Regina
Jump to navigation Jump to search 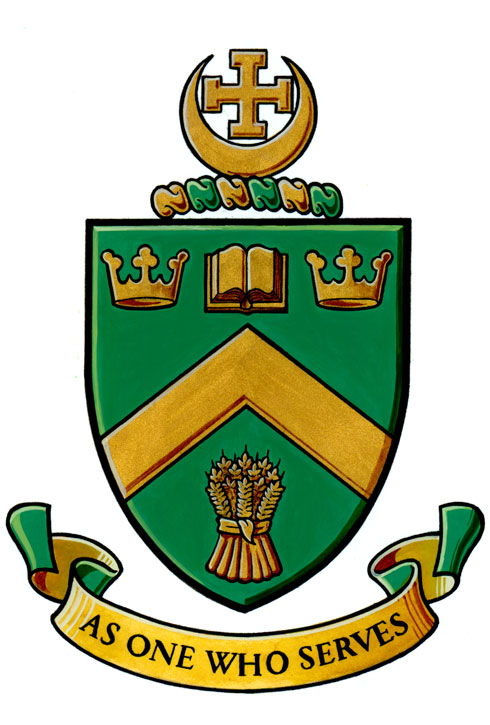 Arms: Vert a chevron between in chief an open book flanked by two ancient crowns and in base a garb Or.
Crest: A cross potent within a crescent Or.
Motto: AS ONE WHO SERVES

The arms were officially granted on December 20, 2013.

The arms in their original form date from 1912, and were created for Regina College by Vincent Massey, who later became Governor General of Canada, and the Rev. Wilbur Williams Andrews, the first principal of the college.

The coronets make a reference to Regina, the “Queen City”, and the garb of wheat is taken from the arms of Saskatchewan. The book indicates that the university is a centre of learning. The gold and green colours, which were probably added to the original design in the 1920s, were those of Regina College, and are also the main colours of the provincial coat of arms.

This crest was part of the original design from 1912. The crescent is a symbol of growth (related to the idea of a waxing moon), and the cross represents ideas of service and sacrifice.