From Heraldry of the World
Your site history : University of Stirling
Jump to navigation Jump to search 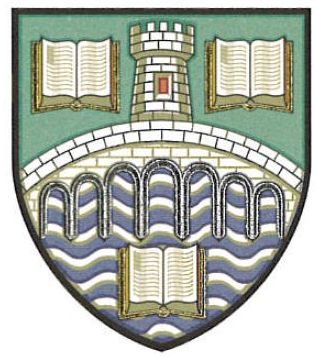 Per fess enarched Vert and barry wavy Azure and Argent; a bow arched bridge of seven arches in fess Argent ensigned with a tower of the last masoned Sable window Gules between three open books two and one proper fore edges and binding Or.

If you have any information on these arms of Stirling mail us !