University of Toronto - Faculty of Pharmacy

From Heraldry of the World
Your site history : University of Toronto - Faculty of Pharmacy
Jump to navigation Jump to search

THE LESLIE DAN FACULTY OF PHARMACY OF THE UNIVERSITY OF TORONTO 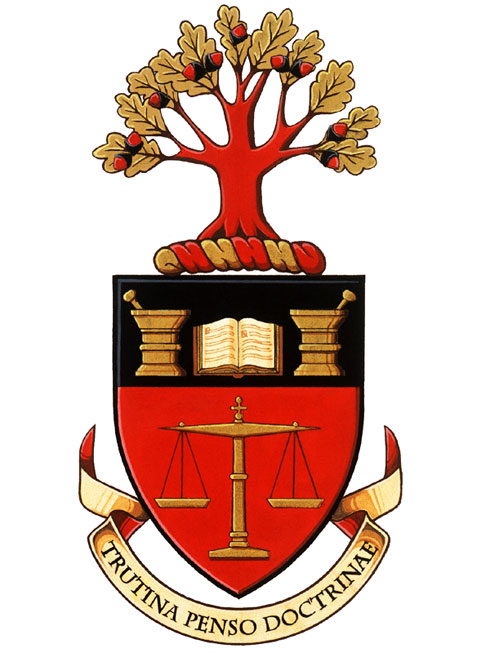 Arms: Gules a balance Or, on a chief Sable an open book between two mortars and pestles Or.
Crest: An oak tree Gules leaved Or fructed of acorns Gules husked Sable.
Motto: TRUTINA PENSO DOCTRINAE

The mortars and pestles and balance are traditional symbols of the profession of pharmacy. The book symbolizes education. The colours were those of the Ontario College of Pharmacy, and therefore represent the continuity of pharmaceutical education which began with that body and has continued with the University of Toronto.

The oak tree is a version of the crest of the University of Toronto using the colours of the faculty.

The motto means “I weigh by the balance of learning.”