University of the Fraser Valley

From Heraldry of the World
Your site history : University of the Fraser Valley
Jump to navigation Jump to search

UNIVERSITY OF THE FRASER VALLEY 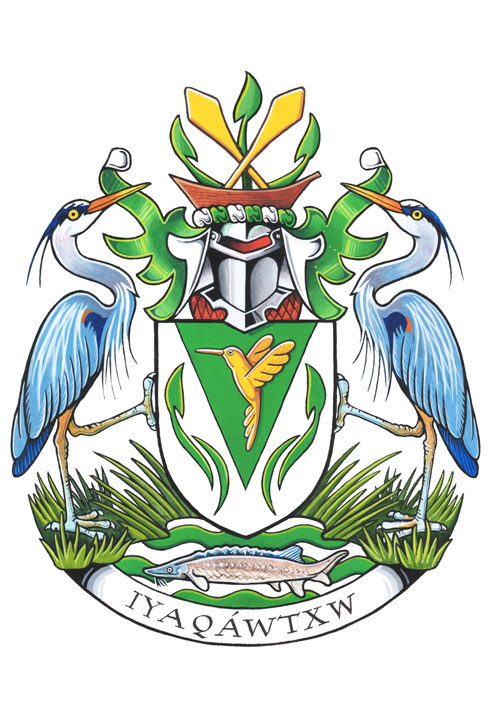 Green and white are the university’s colours. The vines are used in the university’s wordmark and allude to the idea of education as a form of nurturing, growth and transformation. The triangular shape evokes a valley, and the hummingbird is a local species.

The canoe and paddles refer to the Sto:lo territory on which the university is located, and the university’s relationship with local First Nations. It also presents the idea of going on a journey as a metaphor for education. The vines repeat the symbolism of the shield.

The great blue herons and the sturgeon are features of local wildlife. The base on which they stand alludes to the land and water of the Fraser Valley.

The motto, meaning “House of transformation” in the Halq’eméylem language, refers to the mandate of the university as a place of intellectual and character transformation.