From Heraldry of the World
Your site history : Vickers Ltd
Jump to navigation Jump to search 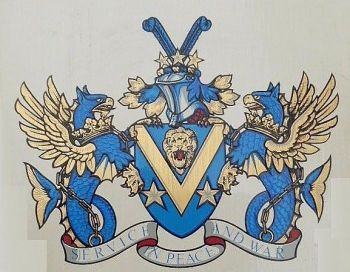 Arms: Azure, a chevron reversed between a lion's head caboshed affrontee in chief and two tnullets in base Or.
Crest: On a wreath of the colours, Three mullets Or in front of two ostrich feathers forming the Roman letter V azure.
Supporters: On either side a sea griffin azure, beaked, winged and finned Or, armed and langued gules, each gorged with an ancient crown, attached thereto a chain refiexed over the back gold.
Motto: Service in peace and war

If you have any information on these arms Ltd mail us !

The arms as granted in Scotland: 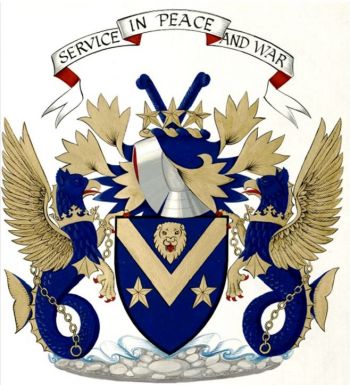