From Heraldry of the World
Your site history : Wadham College (Oxford University)
Jump to navigation Jump to search 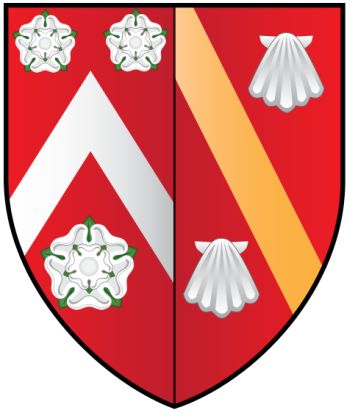 Gules, a chevron between three roses argent barbed and seeded proper, impaling Gules, a bend Or between two escallops argent.

Nicholas Wadham died before founding his College, but his purpose was carried out by his widow, Dorothy Wadham. The foundation stone was laid on the site of the house of the Austin Friars in 1610, and the Society was founded in 1612. The arms used are those of Wadham.