From Heraldry of the World
Your site history : Wapens - Vlaggen Albums
Jump to navigation Jump to search 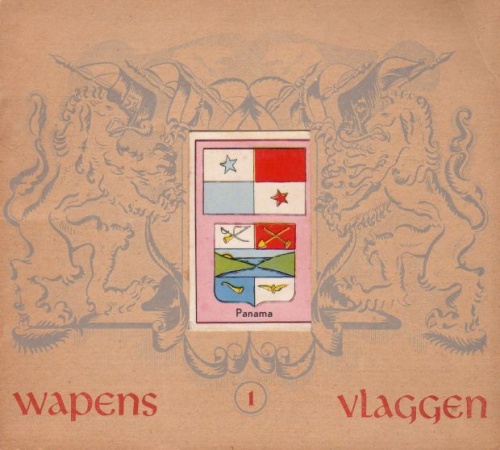 These small albums were issued as a cooperation between Filmphoto and AEZ Vlaggenindustrie, both in Amsterdam. The first had issued successfully a series of pictures of movie stars and at a certain time they joined to produce a series of 96 flags and arms pictures. The title is in Dutch, the other texts and the names of the countries are in English. The cards could be bought in bags of 8, as can be seen from the card below, from grocery or tobacco stores and placed in an empty album at will. 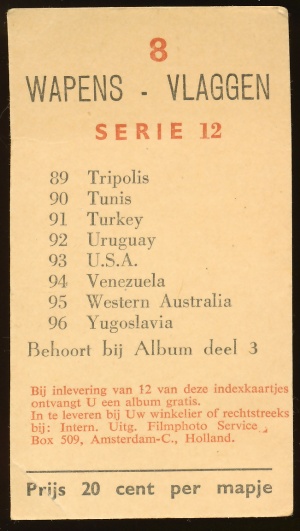 The cards were printed in one large sheet and then cut in sets. The sheet also does not give any reference to the publisher.

Examples of a page: 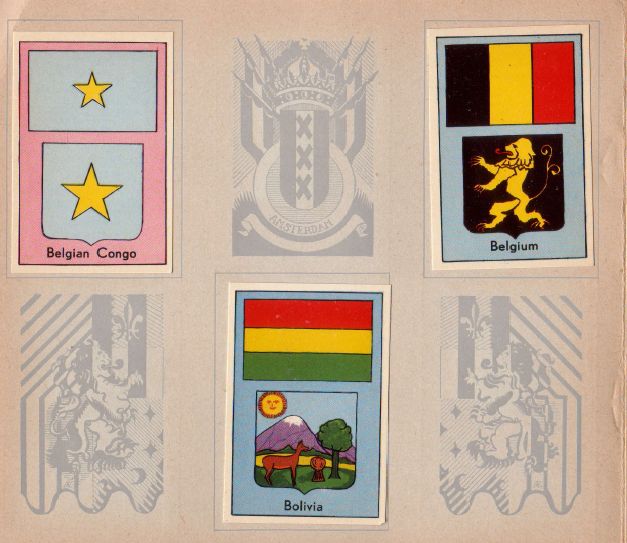 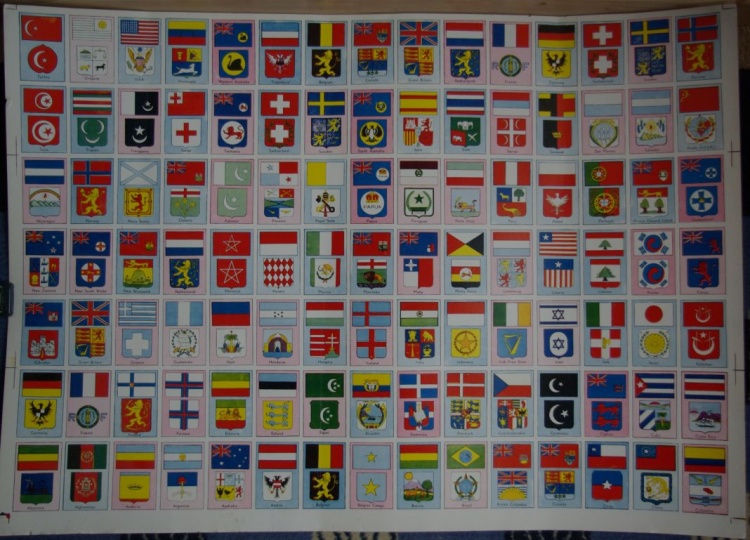