From Heraldry of the World
Your site history : West College Scotland
Jump to navigation Jump to search 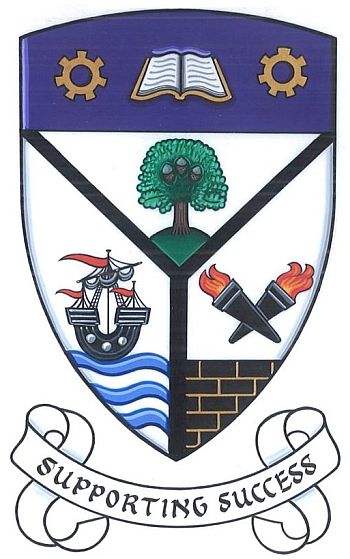 The arms were officially granted in November 2016.

The shield is divided into three to show the merger which created the new West College Scotland in 2013 and incorporates charges from the arms of the two armigerous predecessor colleges: Clydebank Technical College (Clydebank) and James Watt College (Greenock). The chief stresses the institution's identity as a college of further and technical education.

Literature: Image and text from The Court of the Lord Lyon facebook page