From Heraldry of the World
Your site history : West Yorkshire Police
Jump to navigation Jump to search 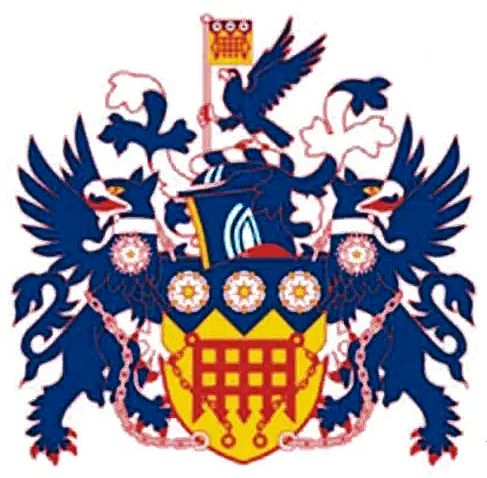 Arms : Or, a portcullis chained gules; on a chief dancetty azure three roses of seven petals argent, barbed and seeded Or.
Crest: On a wreath argent and azure, A falcon, wings addorsed, azure, beaked - and legged argent, supporting with the dexter talon a staff argent, flying therefrom a banner of the Arms.
Supporters: On either side a griffin reguardant azure, beaked, membered and collared, with a chain reflexed over the back, pendant from the collar four portcullises chained conjoined at their upper ends in cross surmounted by a rose of seven petals argent, barbed and seeded Or.

The arms were officially granted on September 10, 1969.

If you have any information on these arms Yorkshire Police mail us !