From Heraldry of the World
Your site history : Westfield College (London University)
Jump to navigation Jump to search 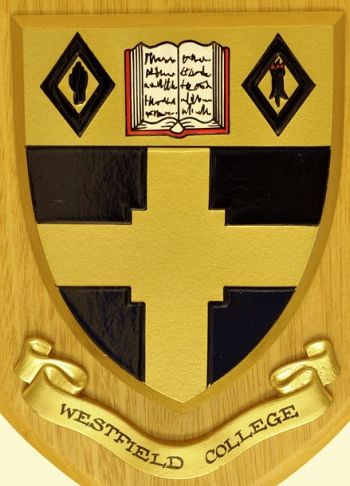 Sable, a cross quadrate Or; on a chief of the last an open book proper bound gules between two mascles that on the dexter enclosing a sinister hand couped appaumee, that on the sinister a lion's paw erased, all of the first

The arms were officially granted on February 15, 1934.

If you have any information on these arms College (London University) mail us !