From Heraldry of the World
Your site history : Westminster Hospital
Jump to navigation Jump to search 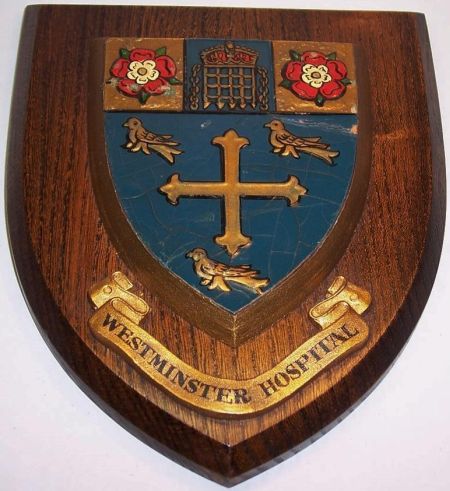 Azure, a cross patonce between three martlets Or; a chief of the last, thereon on a pale of the first between two roses gules, each surmounted by another argent, barbed and seeded proper, a portcullis chained of the second ensigned with the Imperial Crown also proper

The arms were officially granted on February 1, 1940.