From Heraldry of the World
Your site history : Westpreussen
Jump to navigation Jump to search

Former province of the Kingdom of Prussia, at present in North Poland. 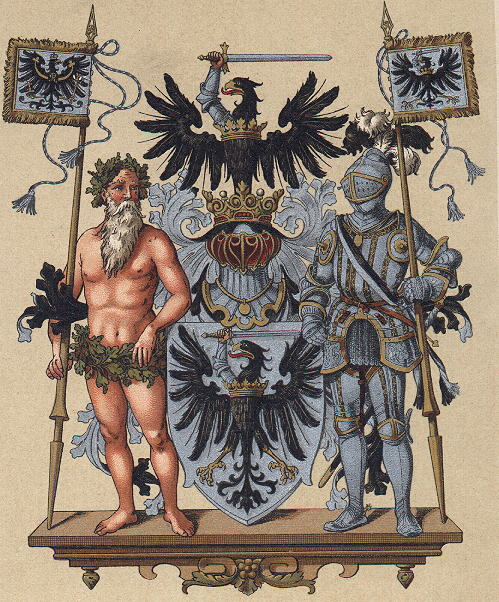 The arms are based on the original arms of Prussia. The arm holding a sword was first used by a group of nobles, who separated themselves in 1454 from the German Order.

The supporters, crown and helmet are those used in all Prussian provinces and could be used at wish.