From Heraldry of the World
Your site history : Wills's (Australia) - Crests and colors of Australian universities, colleges and schools
Jump to navigation Jump to search

Crests and colors of Australian universities, colleges and schools 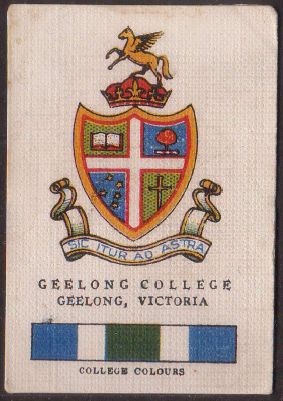 This series deals with the arms of schools and colleges in Australia. The front shows the arms and school colours, the reverse some information on the school.

For all images and the texts on the reverse see here