From Heraldry of the World
Your site history : Wills's - Arms of Oxford and Cambridge Colleges
Jump to navigation Jump to search

Arms of Oxford and Cambridge Colleges 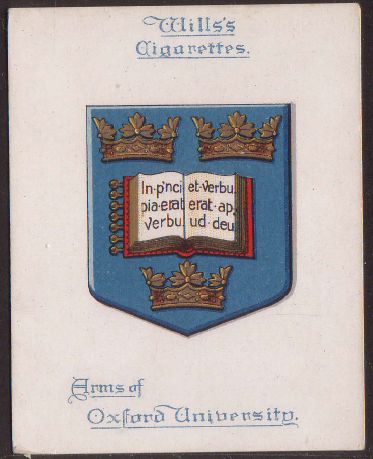 This series deals with the arms of the colleges of Cambridge and Oxford University. It also includes several arms that were never officially approved. The reverse shows the history of the college.