From Heraldry of the World
Your site history : Wills's - Arms of the British Empire (small)
Jump to navigation Jump to search

Wills's Arms of the British Empire 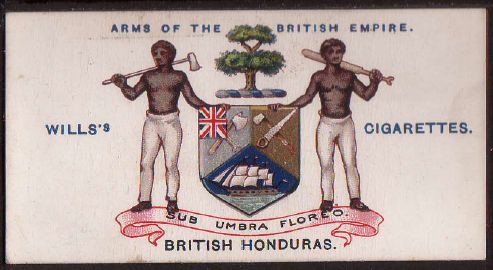 This series deals with the arms of the British Empire, with arms of colonies, protectorates and cities.

The card with the Hudson Bay Company, also appears in the series Wills's - Arms of Companies . The same series was published in the same year in Australia, however with some differences.