From Heraldry of the World
Your site history : Wills's - Ships' Badges
Jump to navigation Jump to search 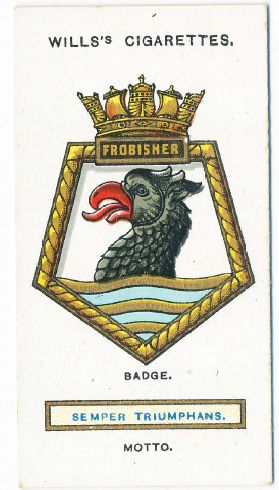 This series shows the heraldic badges of the Royal Navy ships.