From Heraldry of the World
Your site history : Windermere
Jump to navigation Jump to search 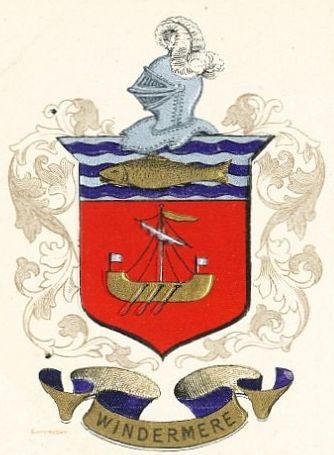 The arms have not officially been granted.

The fish is probably the arctic charr, a rare fish that survives in small numbers in the cold waters of Windermere. It often feeds at considerable depth. It has been associated with Windermere at least since Roman times, and is much sought after.

The boat is probably a representation of a type of ship used on Windermere by the Romans to transport men and materials the length of the lake (25 km). Movement on water was easier and safer than overland routes in rocky and wooded terrain.

The arms on a badge: 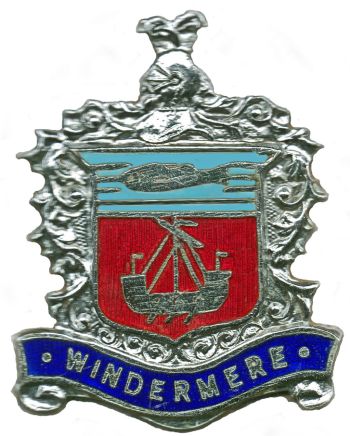 Literature : Image from a postcard; background and badge from Ian Jones