From Heraldry of the World
Your site history : Witney Grammar School
Jump to navigation Jump to search 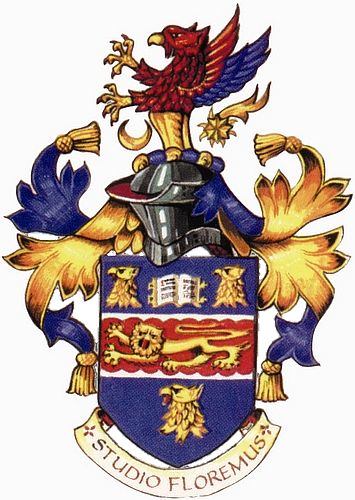 Arms: Azure, a fess argent surmounted of another invected gules charged with a lion passant guardant Or, in chief an open book proper, bound, edged and clasped gold, between two griffins' heads erased of the last, and in base a like griffin's head also gold.
Crest: On a wreath Or and azure, A demi griffin per fesse gules and Or, armed gold, the under wing azure, between a crescent and a star also gold.
Motto: Studio floremus

If you have any information on these arms Grammar School mail us !