From Heraldry of the World
Your site history : Worcester College (Oxford University)
Jump to navigation Jump to search 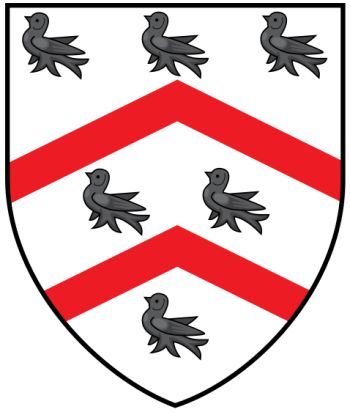 Gloucester College was established in 1298 for Benedictine monks in the province of Canterbury, and was supported by the Benedictine monasteries, who were entitled to send students and maintain camerae there. Many of the 15th century camerae still exist and it is often possible to tell to which monastery they belonged by the arms on the walls. At the dissolution the buildings were sold, but were repaired, and in 1560 became Gloucester Hall. Then in 1714 Gloucester Hall became Worcester College, which was founded under the will of Sir Thomas Crookes, Bart. There has been some controversy regarding the tinctures used in the arms, which are those of Sir Thomas Crookes, as sometimes the field has been shown in gold rather than silver.