From Heraldry of the World
Your site history : Worshipful Company of Bakers
Jump to navigation Jump to search 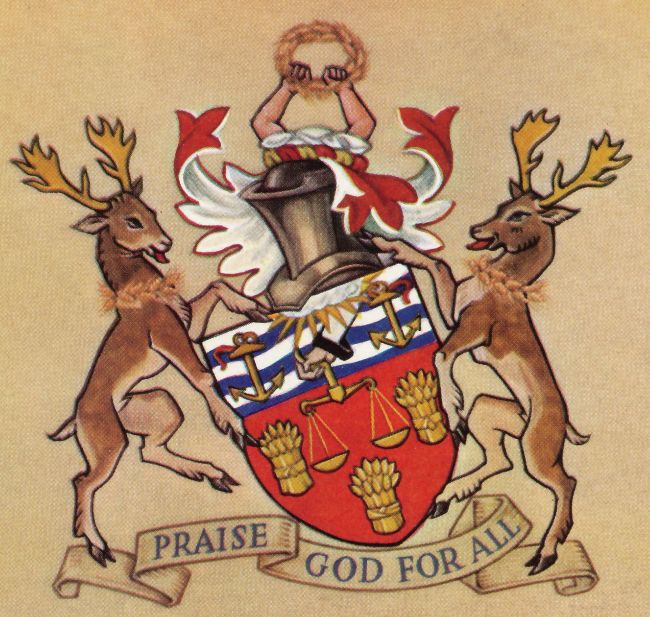 Arms: Gules, three garbs Or, on a chief harry wavy of six argent and azure two anchors of the second cabled gules; over all issuant from a cloud proper radiated in chief also Or a cubit arm descending therefrom vested of the third cuffed sable, the hand proper holding a balance gold.
Crest: On a wreath Or and gules, Two arms embowed issuing out of a cloud proper, holding in their hands a chaplet of wheat Or. Mantled gules, doubled argent.
Supporters: On either side a buck proper, attired Or, gorged with a chaplet of wheat also Or.
Motto: Praise God for all.

The arms were probably granted in 1536. Crest and supporters granted 8 November 1590; the whole recorded at the Visitation of 1634.

If this text appears, it means that I have not yet had the time to add the information on these arms. Just Company of Bakers mail me and I will add all information that I have !