From Heraldry of the World
Your site history : Worshipful Company of Basketmakers
Jump to navigation Jump to search 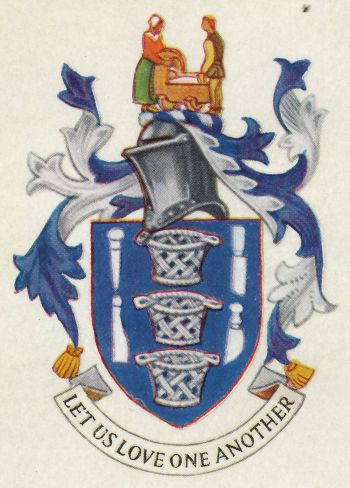 Arms: Azure, three cross baskets in pale argent between a prime and an iron on the dexter and a culling knife and an outsticker on the sinister of the second.
Crest: On a wreath of the colours, A cradle, therein a child, rocked at the head by a girl and at the feet by a boy vested proper.
Motto: Let us love one another.

If this text appears, it means that I have not yet had the time to add the information on these arms. Just Company of Basketmakers mail me and I will add all information that I have !