From Heraldry of the World
Your site history : Worshipful Company of Chartered Secretaries and Administrators
Jump to navigation Jump to search 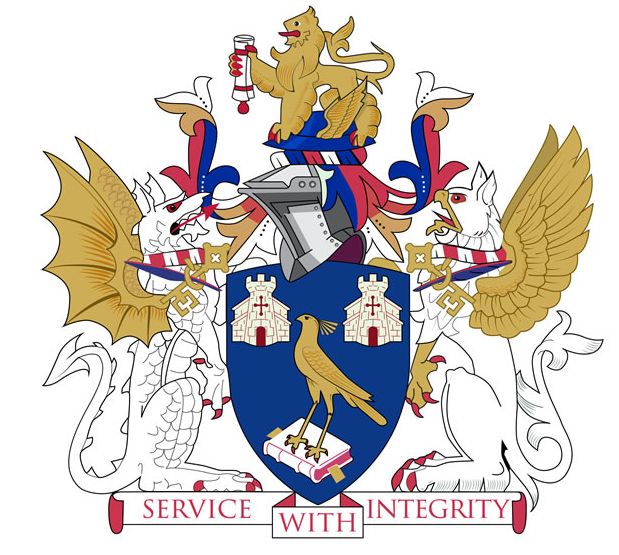 Arms : Azure standing on a Book Argent edged Gules and with marker Or a Secretary Bird Or in chief Two Towers with buttresses Argent masoned Gules.
Crest: Upon a Helm with a Wreath Argent Azure and Gules a Petasus Azure winged Or thereon a Lion passant of the last holding in the dexter forepaw a Scroll palewise proper with pendant Ribbon and Seal Gules and tied with Ribands also Gules Mantled Azure and Gules doubled Argent and Or.
Supporters: On the dexter side a Dragon sejant Argent winged Or and on the Sinister side a Griffin sejant Argent beaked legged and winged Or each gorged with a Wreath Argent and Gules pendant therefrom by a Ring a Key Or and a Quill Pen saltirewise Azure.
Motto: Service with Integrity

The arms were officially granted in 1980.

If you have any information on these arms Company of Chartered Secretaries and Administrators mail us !