From Heraldry of the World
Your site history : Worshipful Company of Clothworkers
Jump to navigation Jump to search 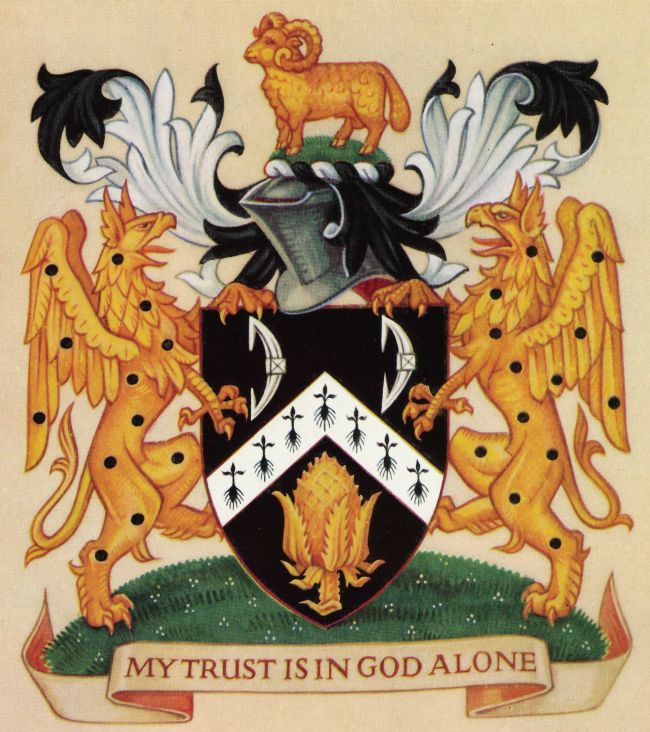 Arms : Sable, a chevron ermine between in chief two havettes argent and in base a teazel cob Or.
Crest: On a wreath argent and sable, A mount vert thereon a ram statant Or,
Supporters: On either side a griffin Or pellettee.
Motto: My trust.is in God alone.

The arms were officially granted on 22 November 1530; crest and supporters granted 25 March 1587.

If this text appears, it means that I have not yet had the time to add the information on these arms. Just Company of Clothworkers mail me and I will add all information that I have !