From Heraldry of the World
Your site history : Worshipful Company of Distillers
Jump to navigation Jump to search 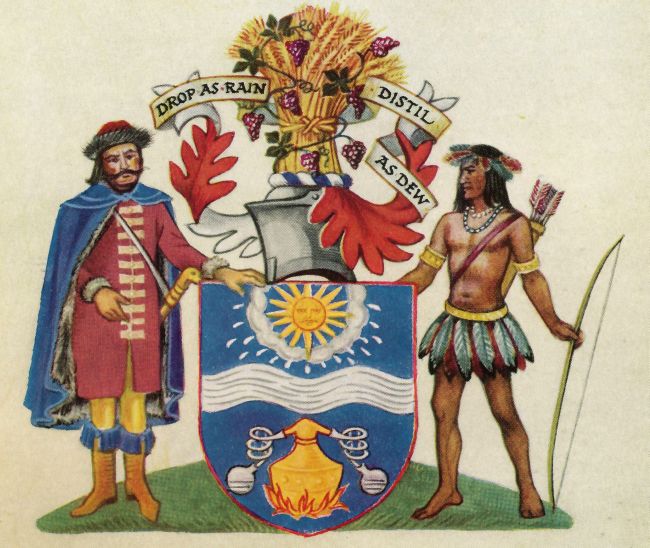 Arms : Azure, a fesse wavy of water argent between in chief a sun Or drawing up a cloud argent distilling drops of water proper and in base a distillatory double-armed Or with two worms and bolt receivers argent.
Crest: On a wreath argent and azure, A garb of barley Or wreathed about with a vine branch vert bearing grapes proper. Mantled gules, doubled argent.
Supporters: On the dexter side a Russian and on the sinister side an Indian savage, each in his proper habit.
Motto: Drop as rain, distil as dew.

If this text appears, it means that I have not yet had the time to add the information on these arms. Just Company of Distillers mail me and I will add all information that I have !