From Heraldry of the World
Your site history : Worshipful Company of Framework Knitters
Jump to navigation Jump to search 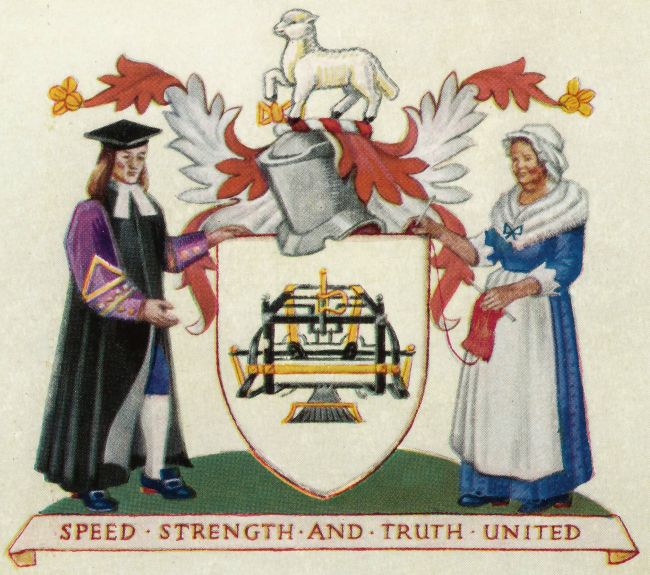 Arms : Argent, a knitting frame sable, garnished Or.
Crest: On a wreath argent and gules, A lamb passant proper resting the dexter forehoof on a hank of silk fesswise Or.
Supporters: On the dexter side a student of the University of Cambridge in academical costume of the seventeenth century proper, and on the sinister side a female figure also in seventeenth century costume habited azure, cuffs, cap, neckerchief and apron argent, holding in the dexter hand a knitting needle proper and in the sinister hand a piece of worsted knit gules.
Motto: Speed, strength and truth united.

The arms were officially granted on February 3, 1933.

If this text appears, it means that I have not yet had the time to add the information on these arms. Just Company of Framework Knitters mail me and I will add all information that I have !