From Heraldry of the World
Your site history : Worshipful Company of Glovers
Jump to navigation Jump to search 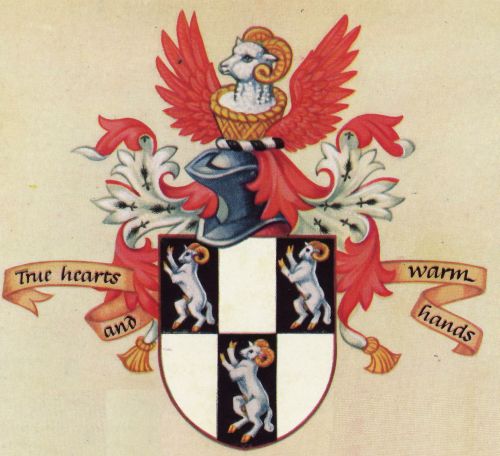 Arms : Per fesse sable and argent, a pale counterchanged and three rams salient of the second, armed and unguled Or;
Crest: On a wreath of the colours, A ram's head argent, armed and issuant from a basket Or, filled with wool argent, between two wings• erect gules. Mantled gules, doubled ermine.
Motto: True hearts and warm hands.

If this text appears, it means that I have not yet had the time to add the information on these arms. Just Company of Glovers mail me and I will add all information that I have !