From Heraldry of the World
Your site history : Worshipful Company of Information Technologists
Jump to navigation Jump to search 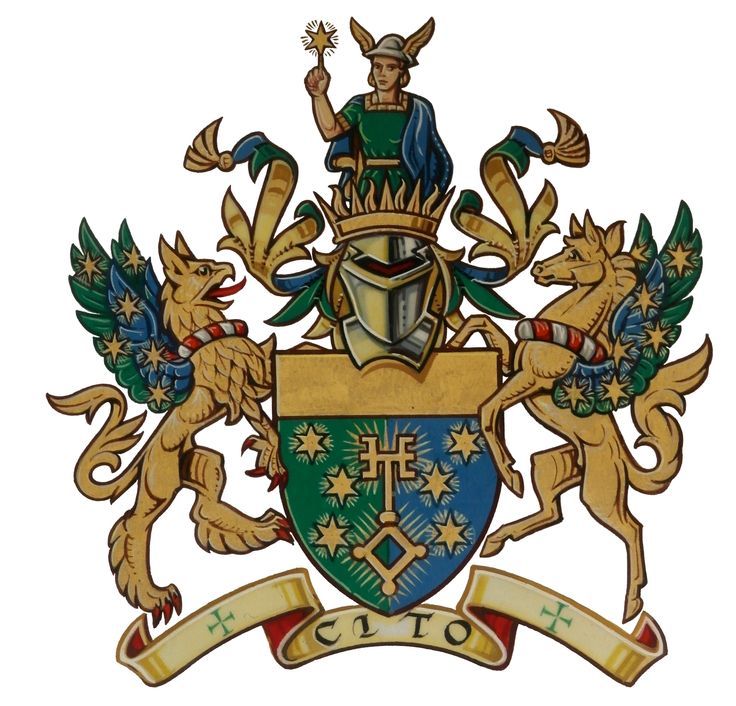 The arms were officially granted in 1989.

The azure suggests electricity, the power which enables IT to work. Gold is one of the best conductors of electricity. The book and keys symbolise knowledge and access to knowledge, the main aims of IT. The mullets or stars scattered on the shield denote electrical force, without which IT could not work. Green was the colour of the initial computer screens.

The stars also represent stored energy, which can be released and radiates to spread the light of knowledge everywhere.

The griffin and Pegasus indicate energy, speed, intelligence and reliability.

The Company's motto, CITO, meaning swiftly, suggests the way in which technology is applied by the Company's members. It also incorporates the initials of the Company of Information Technologists.