From Heraldry of the World
Your site history : Worshipful Company of Ironmongers
Jump to navigation Jump to search 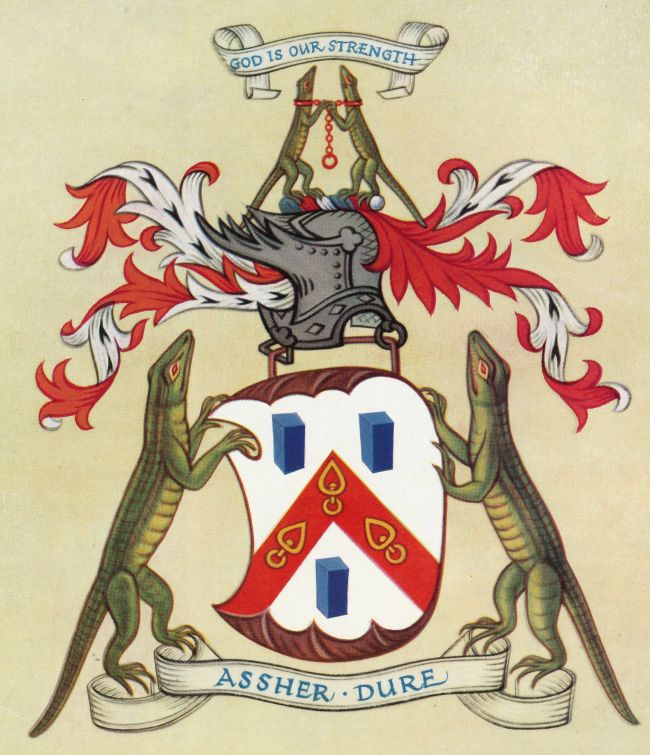 Arms : Argent, on a chevron gules between three gads of steel azure, three swivels Or.
Crest: On a wreath azure, gules and argent, Two lizards erect face to face proper coupled with a chain gules. Mantled gules, doubled ermine.
Supporters: On either side a lizard erect proper.
Mottoes: God is our strength; Assher dure.

If this text appears, it means that I have not yet had the time to add the information on these arms. Just Company of Ironmongers mail me and I will add all information that I have !