Worshipful Company of Joiners and Ceilers

From Heraldry of the World
Your site history : Worshipful Company of Joiners and Ceilers
Jump to navigation Jump to search

WORSHIPFUL COMPANY OF JOINERS AND CEILERS 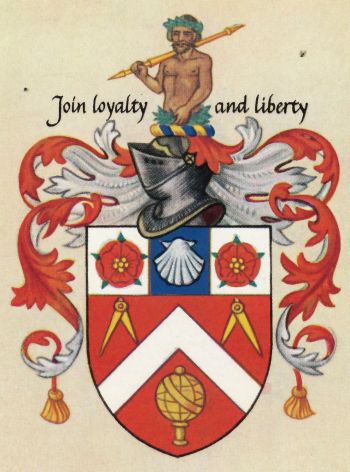 Arms : Gules, a chevron argent between in chief two pairs of compasses extended at the points and in base a sphere Or; on a chief of the second a pale azure between two roses of the field, barbed and seeded proper, the pale charged with an escallop also of the second.
Crest: On a wreath Or and azure, A demi savage proper, wreathed about the head and waist with leaves vert, holding in the dexter hand over the shoulder a tilting spear Or, headed argent. Mantled gules, doubled argent.
Motto: Join loyalty with liberty.

If this text appears, it means that I have not yet had the time to add the information on these arms. Just Company of Joiners and Ceilers mail me and I will add all information that I have !