From Heraldry of the World
Your site history : Worshipful Company of Lightmongers
Jump to navigation Jump to search 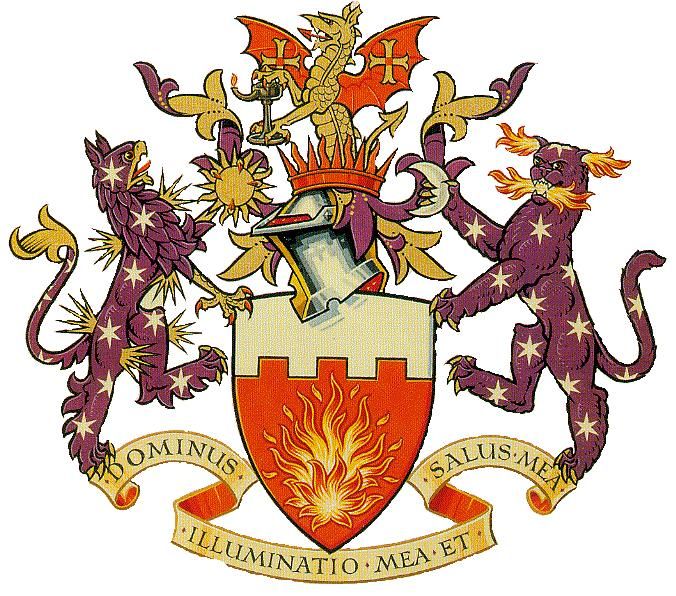 The arms were officially granted in 1984.

The arms show a flame, which the Company came to regard as its particular emblem.

The Dragon on the crest is a reference to the City of London and upon each of its wings is a “Mill Cross” or Cross Moline” in recognition of the considerable part the late Max Millar played in the foundation of the Guild and the Dragon holds a particular kind of early bronze oil lamp given to the Company.

The supporters are a male Griffin and a Panther. The former, from the earliest days of its appearance in heraldic imagery, is always depicted with rays issuing from various parts of its body and hence look rather like shafts of light. The heraldic Panther, also symbolizes light because it is always shown “incensed” i.e. the flames issuing from its jaws and out of its ears. This relates to the flame depicted in the shield.