From Heraldry of the World
Your site history : Worshipful Company of Makers of Playing Cards
Jump to navigation Jump to search 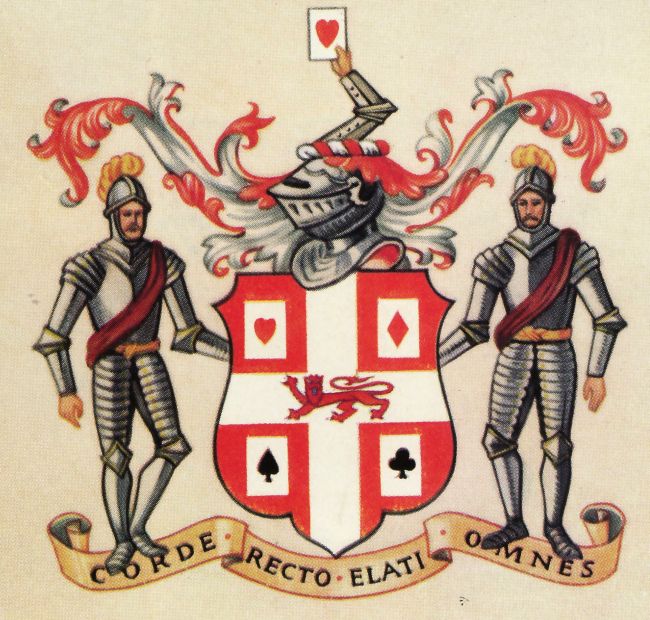 Arms : Gules, on a cross argent between four ace cards proper, videlicet those of hearts and diamonds in chief and those of clubs and spades in base, a lion passant guardant of the first.
Crest: On a wreath of the colours, On arm in armour erect, holding in the hand an ace of hearts, all proper. Supporters: On either side a man in complete armour proper garnished Or, on each a sash gules.

If this text appears, it means that I have not yet had the time to add the information on these arms. Just Company of Makers of Playing Cards mail me and I will add all information that I have !