From Heraldry of the World
Your site history : Worshipful Company of Management Consultants
Jump to navigation Jump to search 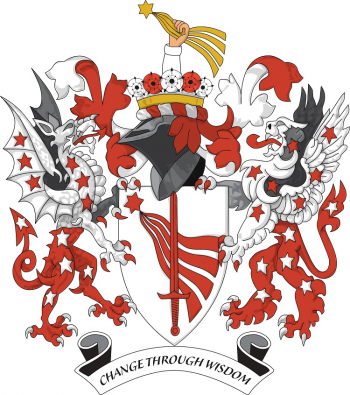 The coat of arms was designed by the Garter Principal King of Arms, Sir Conrad Swan. The ascending star or comet (the tail denotes a comet) refers to knowledge and aspiration and the sword symbolises change. The star in the crest above the shield is held by a hand which alludes to the advice and assistance provided by a consultant. Thus the hand gives advice based on the wisdom of the star.